So following our successful 3rd Annual conference in January our MD Paula couldn’t wait to get to ICE 2020. Here’s her take on some of the negative post press coverage… 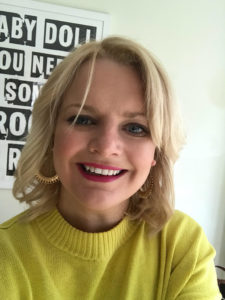 Like thousands of others involved in gambling, I spent last Wednesday and Thursday at ICE 2020.

There has been a fair amount of social media comment about a couple of articles published about the event by the Guardian and the BBC. The focus of these articles was the representation of women at the event and by proxy in the industry as a whole.

Rob then referred to a speech made by Sarah Harrison when she was Chief Executive of the Gambling Commission in 2018. Pulling out the line where Harrison said:

“men representing their companies wearing expensive tailored suits whilst their female colleagues were expected to wear nothing more than swimsuits.”

Rob Davies article can be viewed here. His article was backed up by outraged comments from The Lord Bishop of St Albans and Labour MP Carolyn Harris. Finally Davies made quite a spectacular leap linking the use of models at ICE with the very current debate around gambling advertising in general.

The following day the BBC published a similar article also pulling out the women in swimsuits reference. They even went as far as saying that nothing has changed since that speech was made two years ago. This article was backed up by some very unfortunate comments made by conference attendee Flavio Grasselli.

I was at ICE back in 2018 and I saw Sarah Harrison make that speech. It was a very powerful message at the time. I even wrote a blog about it. Furthermore we followed up with an event about diversity and inclusion in the industry.

Over the past two years we have experienced a huge shift in this area. I for one am happy to stand up and say I don’t agree with the way the industry is being attacked by the media with this burn the witch mentality! Comments like those made by the delegate who spoke to the BBC are unfortunate and I do not think they are reflective of the views of the people I work with day in, day out.

I’d go so far as to say that Rob Davies and co appear to have attended the event with a story in mind and scoured the exhibition floor until they found something to back up their angle. They could of course have been way more objective in their approach! Most of my day at ICE, last Wednesday, was spent in a Changemakers seminar hosted by Global Gaming Women and the All In Diversity Project. We heard from impressive and very senior women from across the sector.

I had interesting conversations with women from across all areas of the businesses from legal to technology to regulation to marketing. The overarching sentiment from those women was positive and that change is happening at pace. Not a single one of us was dressed in a swimsuit!

As one of those women working in this industry, I am actually insulted by the idea that I would be excluded from business conversations and that my role would be window dressing. KnowNow is a small business and we operate on a flat structure, meaning all are equal here. I am however the founder, it was my brainchild. I left a safe comfortable corporate environment to do this and I’m a woman! My experience working with gambling operators has only ever been positive. Rob Davies wouldn’t report that though would he? Because he didn’t attend that part of the event and it doesn’t sell papers!

Widening this conversation out a bit now and looking at the prevention of gambling related harms. At our annual conference in January, we heard from Jason Chess, Partner at specialised law firm Wiggin LLP. Jason made the point that this is no longer a bit of bad press, we are an industry under attack. There is simply no let up from the media when it comes to beating gambling operators with a very big stick! 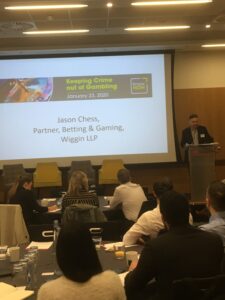 I would go so far as to say this approach is dangerous and counterproductive. Gambling can be a very emotive subject and nobody discounts the fact that problem gambling can absolutely ruin lives. All operators we work with are very aware of this and have teams of very dedicated people working on making gambling safer.

Prohibition does not work! There is a risk of over regulation driving play to unregulated markets. Evidence and facts are crucial. There is plenty of research taking place in this area. We as an industry need to share knowledge and promote best practice across the board. Where there are failings, they should be acknowledged and learned from.

The issues our senior management and player protection teams deal with are very real as is the huge amount of work going on across the industry to address them. I’m not suggesting that everything in the garden is rosy, of course it isn’t! This area, by its very nature, is problematic and it would be irresponsible not to recognise this. By the same token however, it is also wrong to present an image that all gambling is bad and everything going on in this industry is corrupt!

We don’t need distracting with sensationalised stories! We need to focus on the activities that will actually help and take a joined up approach to make things better for everyone involved!

Coming next from KnowNow Limited. 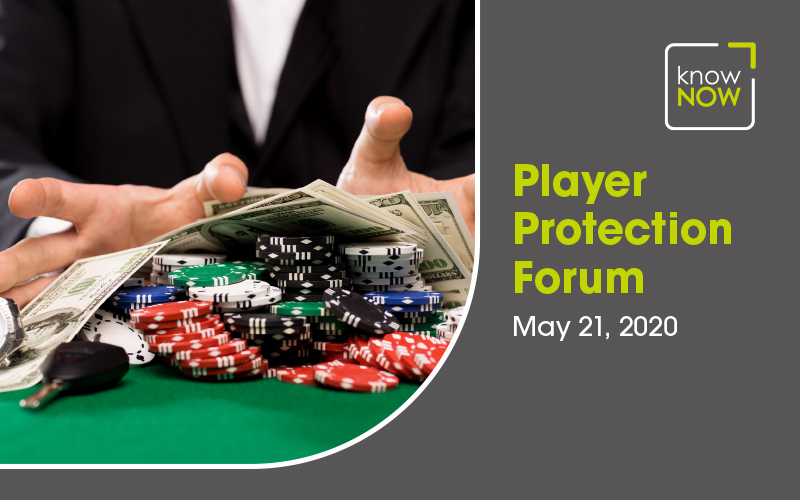